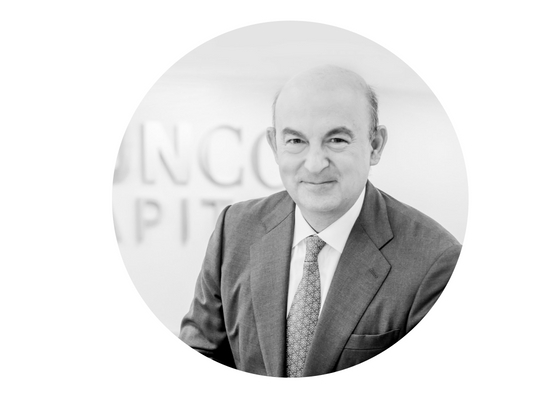 As CIO, Fernando is responsible for directing the analysis and selection of investments, risk analysis, due diligence process, and the legal and financial negotiations of Sunco Capital’s investments. He is responsible for the fund raising and structured financed activities of the company.

Prior to joining Sunco Capital in 2015, Fernando was co-founding partner of Prax Capital Management, a private-equity firm based in Shanghai. Fernando was responsible for fund structuring, fund raising, and the due diligence processes and contract negotiations of the investments. He lived in Shanghai from 2007 to 2015.

From 1985 to 2004, Fernando was President and co-owner of Iberia Tiles Corporation (Miami), a company that became one of the largest distributors of ceramic tile and natural stones in the S.E. of the USA

From 1981 to 1985, he was a CPA at Peat, Marwick, Mitchell & Co. (now KPMG) in Miami, participating audits of international banks, airlines, oil brokers, development companies and agricultural businesses.

He holds a Bachelors of Arts in Economics and a Master of Business Administration in Accounting from Florida Atlantic University.

Any cookies that may not be particularly necessary for the website to function and is used specifically to collect user personal data via analytics, ads, other embedded contents are termed as non-necessary cookies. It is mandatory to procure user consent prior to running these cookies on your website.